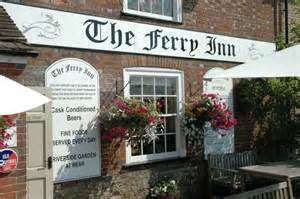 Ferry Inn Stone in Oxney is an ancient pub, built in 1690. The Ferry Inn, along with many other buildings on the Romney Marshes and other nearby areas were Smuggler’s haunts, and in the corner of the main bar (by the Inglenook) can still be seen an Owler’s (smuggler’s) window, where people inside could signal to the smuggler’s boats to let them know whether it was safe to land the contraband. It is situated in the midst of beautiful countryside between Tenterden, Appledore, Stone-in-Oxney and Wittersham and adjoins the historic Saxon Shore Way. It is also only 6 miles away from Rye and Camber Sands.

Whilst there are many places to eat in the Rye Bay area the Ferry Inn Stone in Oxney simply screams character, and a good a character at that. With a wonderful menu showcasing local seasonal produce, meat from the Romney marshes, fish caught locally all served by our friendly, welcoming team in a relaxed atmosphere.

The Head Chef at The Ferry Inn is Laura Sansom, who has been in the catering trade for over 17 years, supported by Sorin Odolbasa previously Chef de Partie at Brasserie Blanc, London and two star**Michelin restaurant ‘Palais’, in Cobourg, Austria. Laura and Sorin update the seasonal menu regularly and the Specials menu is changed every couple of days, if not daily.

The Ferry Inn, Stone in Oxney is certainly family friendly and pet friendly. Located in a wonderfully rural setting with nearby public footpaths you can easily take the dogs for a walk and return in time for a hearty meal. The ambiance really does set the scene for pleasant conversations with family and friends around an open fire.