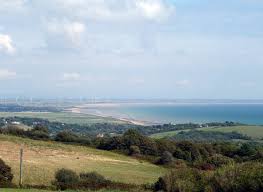 Situated on the edge of Romney Marsh just a few miles from the sea, Rye is the perfect place from which to explore diverse natural landscapes on foot, by bicycle or boat.

The popular destination of Camber Sands is nearby, offering a huge expanse of white sandy beach and a large dune system to explore.

If you are interested in history then you may be interested to know that Rye, being part of the Cinque Ports Confederation and a bastion against invasion on the Channel Coast, has always had close links with the crown.

It was King Edward III and the Black Prince who defeated the Spanish in Rye Bay in 1350 in the battle of Les Espagnols sur Mer.

Sir Winston Churchill, named one of his race horses “Pol Roger” – she obligingly won the Black Prince Stakes at Kempton Park on Her Majesty Queen Elizabeth II’s  Coronation Day in 1953. 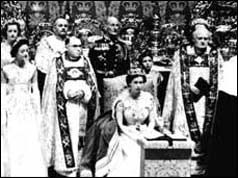 It was however Queen Elizabeth I who gave the town the right to use the title “Rye Royale” following a visit in 1573.

King Charles I described Rye as “The cheapest sea-towne for the provision of fish for our house”.

George I whilst returning from visiting his continental possessions in 1726 was grounded on Camber Sands and spent the next four days in Rye, being accommodated at Lamb House.

The Rye Gibbet Cage contains the remains of John Breads, a local butcher who was executed and hanged in chains for the murder of Allen Grebell (the Deputy Mayor) in St Mary’s churchyard in 1742. The murderer’s body was exposed in the cage for many years on Gibbet Marsh, the remainder of the bones being removed by animals or piecemeal by superstitious persons in the belief that the drinking of their infusion in water was a cure for rheumatism.

The case of John Breads has a unique place in English legal history: his trial was presided over by the Mayor of Rye – the very man John Breads had actually intended to murder in the churchyard!

Today the Breads family are still in the Town.

The area is of historic military interest, being the location for a variety of fortifications from the 16th, 17th and 20th centuries. There is also a disused lifeboat station, which once housed the Mary Stanford lifeboat, tragically lost at sea in 1928 with no survivors.

Although called Camber Castle, the 16th century fort is actually situated between Rye Harbour and Winchelsea. At the time of construction, the site was a shingle spit offering protection to Rye Bay and the approaches to the local towns. The area has since silted up over time and is now situated inland. Camber Castle opens to the public on Saturday and Sunday afternoons during the summer months.

Rye Bay offers excellent sailing throughout the year and the rivers Rother and Tillingham are both popular with canoeists. The Royal Military Canal passes through Rye and is home to many barges. Winchelsea Beach is a small community located at the foot of the hill upon which stands Winchelsea.  It is largely residential but the long shingle beach offers magnificent views across the Rye Bay and Rother estuary.

Keen walkers will note with interest that Rye is bypassed by the Saxon Shore  Way linking Gravesend in north Kent round the coastline to Hastings in East Sussex.

Stretching for 28 miles from Seabrook in Kent to Cliff End in East Sussex, the Royal Military Canal passes through Rye offering visitors lots of opportunities for boating and fishing. The canal was originally designed as a defensive structure for keeping out invaders rather than for navigation. Now a popular waterway, walkers and cyclists share the towpath that runs alongside, enjoying the surrounding scenery and wildlife.

Romney Marsh is a huge wetland lying to the east of Rye and the home for several rural communities. Having been reclaimed gradually over the centuries, agriculture and sheep farming in particular, now thrives on the  arsh.

Dungeness is a large shingle headland sheltering the Romney Marsh from the sea. Dominated by a modern nuclear power station, there are also two lighthouses and a quirky village of mainly wooden houses in the area. The artist and film director Derek Jarman moved to Dungeness in the late eighties where he created a magnificent garden of metal sculptures before passing away in 1994.

The Romney, Hythe and Dymchurch narrow gauge railway links the terminals of Dungeness and Hythe in Kent, passing through Romney, Dymchurch and  several other stops along the way. The line was constructed in the 1920s using rails just 15 inches apart and all ten of the original one-third full size steam locomotives built between 1925 and 1937 still run to a seasonal timetable.