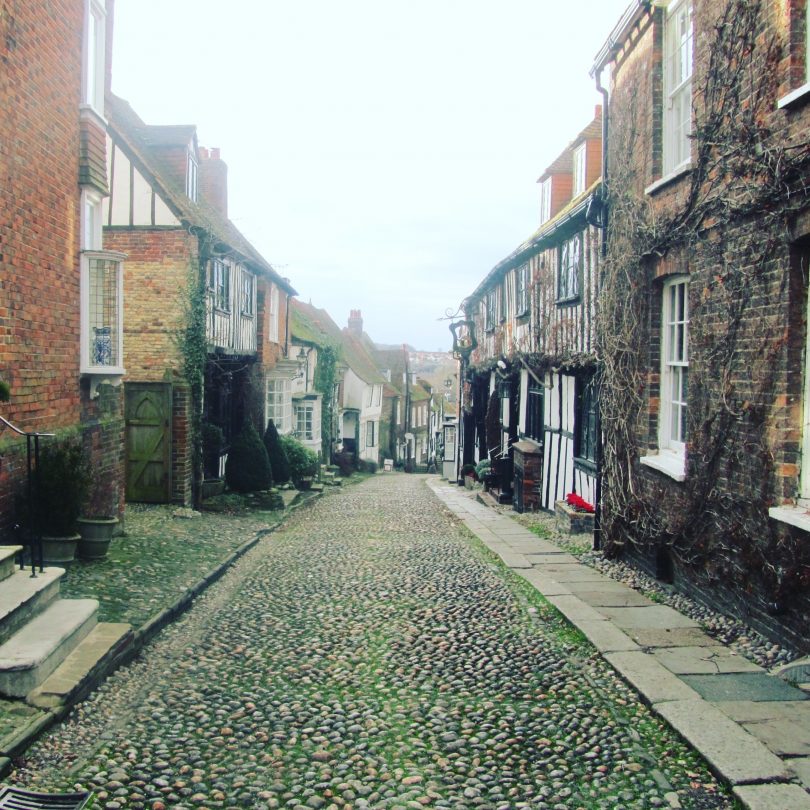 Perched on its hillside overlooking the marshes, the medieval town of Rye in East Sussex is one of the prettiest towns in England. A thousand years ago, the small town was almost entirely surrounded by sea and was one of the most important harbours in the country, playing an important role in the defence of England’s south coast.

The sea retreated from the town centuries ago but Rye has a charm all of its own. You’ll want to visit for its timber-framed buildings and cobbled streets but spend a little longer and you’ll find quirky doors, quaint tearooms and a fantastic castle. Here are our six reasons to visit. 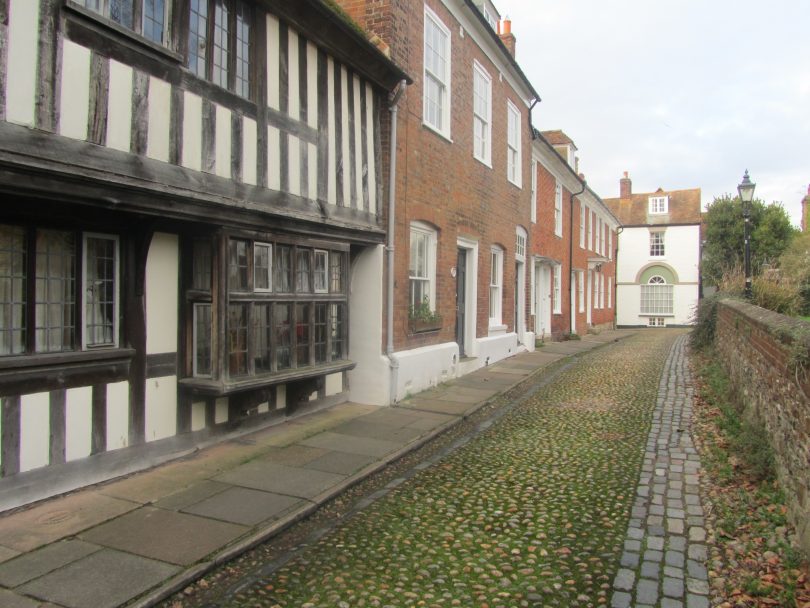 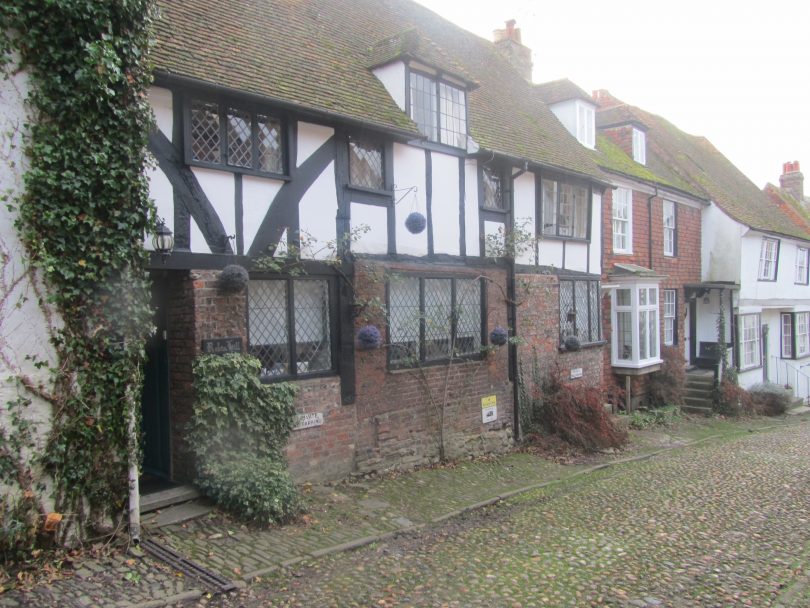 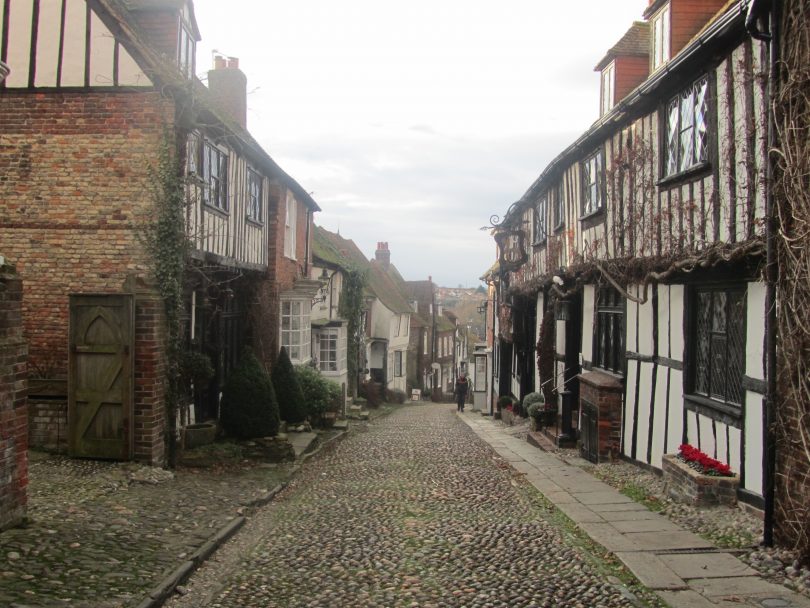 It’s a positive delight wandering up and down Rye’s steep cobbled lanes. The medieval, Tudor and Georgian buildings have been beautifully preserved and there’s something interesting to look at around on every corner. It all feels remarkably genteel – it’s hard to believe that these cobbled streets and secret passages were once the haunt of smugglers and highwaymen.

Take a look at the Mermaid Inn on Mermaid Lane, Rye’s prettiest street. Smuggling gangs in the 18th and 19th centuries used to store their hoards here and in the Olde Bell Inn as both inns were connected by a secret passageway.

Spot all the unusual house names 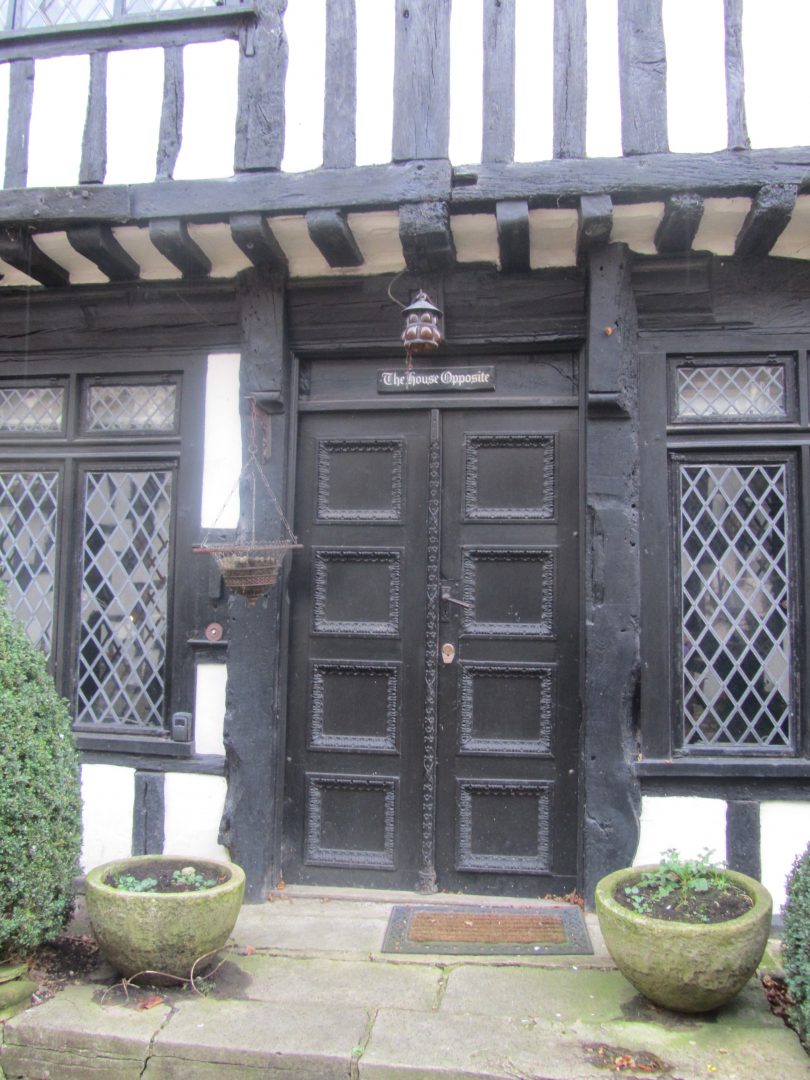 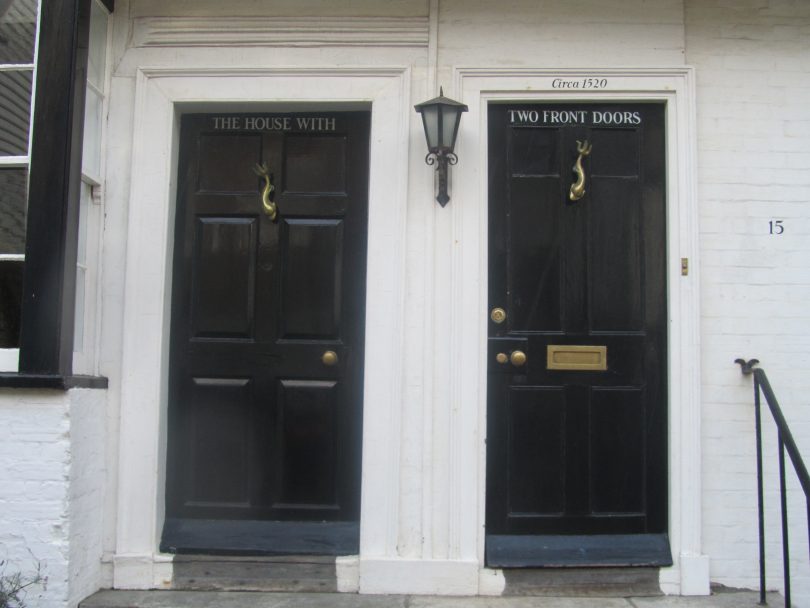 Lots of the houses in Rye have unusual names. There are quite a few to spot on Mermaid Lane, including The House Opposite, The House with Two Front Doors and the House with the Seat. We enjoyed looking at some of the more unusual or just plain beautiful doors too. One garden door claimed to be made from the oak plank of a 15th-century prison door.

Take a look inside the prison cells of the castle 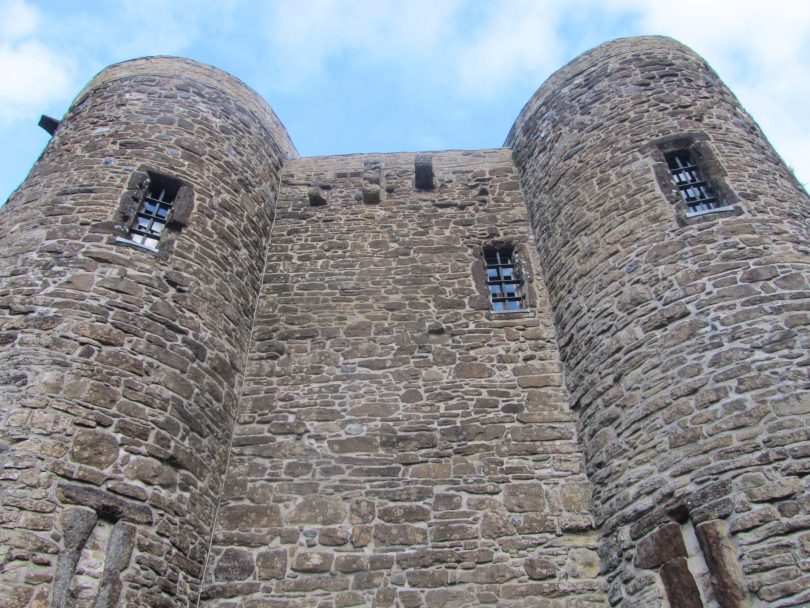 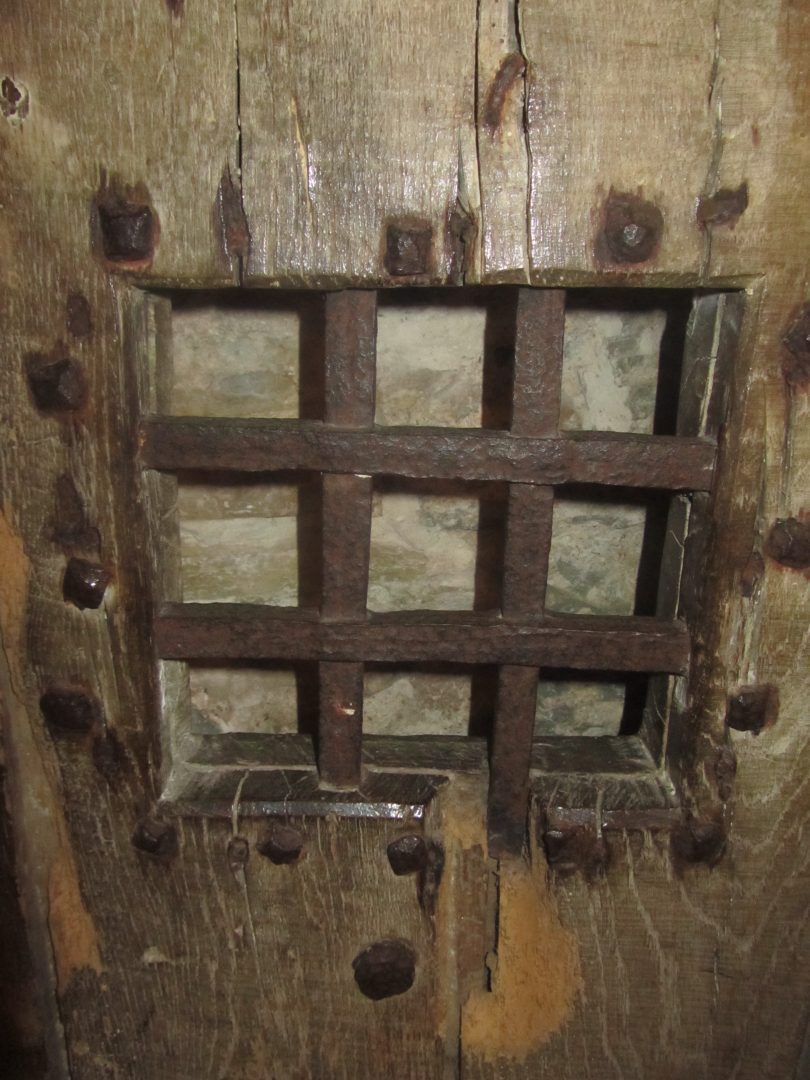 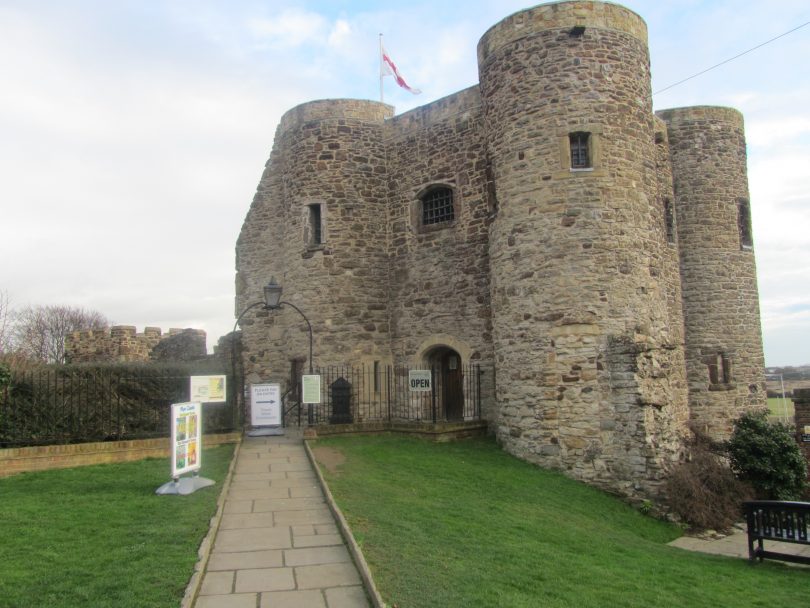 You can try on medieval helmets and sit inside tiny prison cells at the wonderful Castle Museum at Ypres Tower. The 13th-century castle is one of Rye’s oldest buildings. It was built to defend the town from the French, not altogether successfully as Rye was burned to the ground by the French in 1377 – but the tower was one of the few buildings left standing.

It’s a very small castle but there’s lots to see. On the ground floor you can experience being locked inside a cell. One of the fantastic museum volunteers invited our boys to come into the cell. He told them all about prison life and closed a dark curtain over the entrance so they could feel how dark and claustrophobic it would have been.

In another cell you can see a replica of a gibbet and skeleton. In the 1700s, a cage-like gibbet like this was used to display the body of the murderer, John Breads. Downstairs, you can try on medieval helmets and see if you’re strong enough to pull back the bow strong of a longbow and lift a heavy sword. Upstairs, you can find out lots of information about smuggling before climbing up to the tower.

Don’t miss the chance to inspect the cannons and climb the ramparts just outside the castle. Around the back you can see the medieval garden and the 19th-century Women’s Tower, thought to be the first specially built women’s prison in the country. 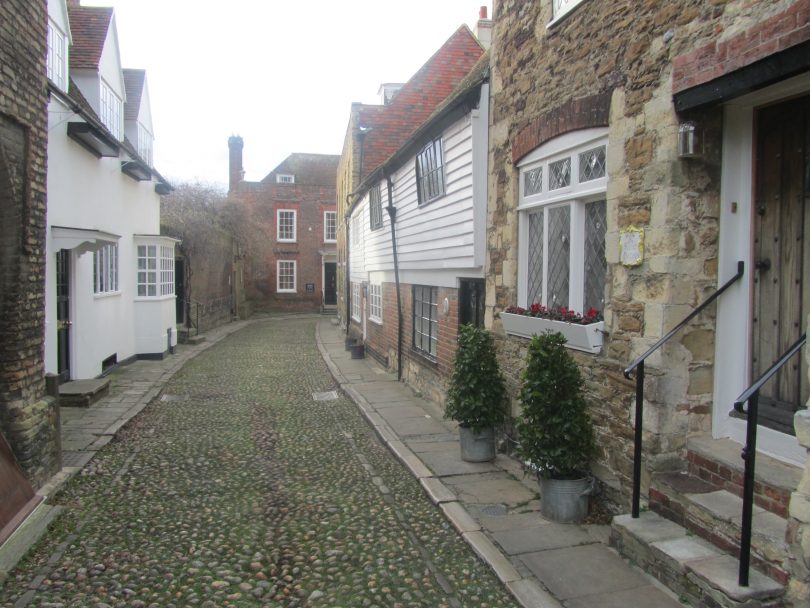 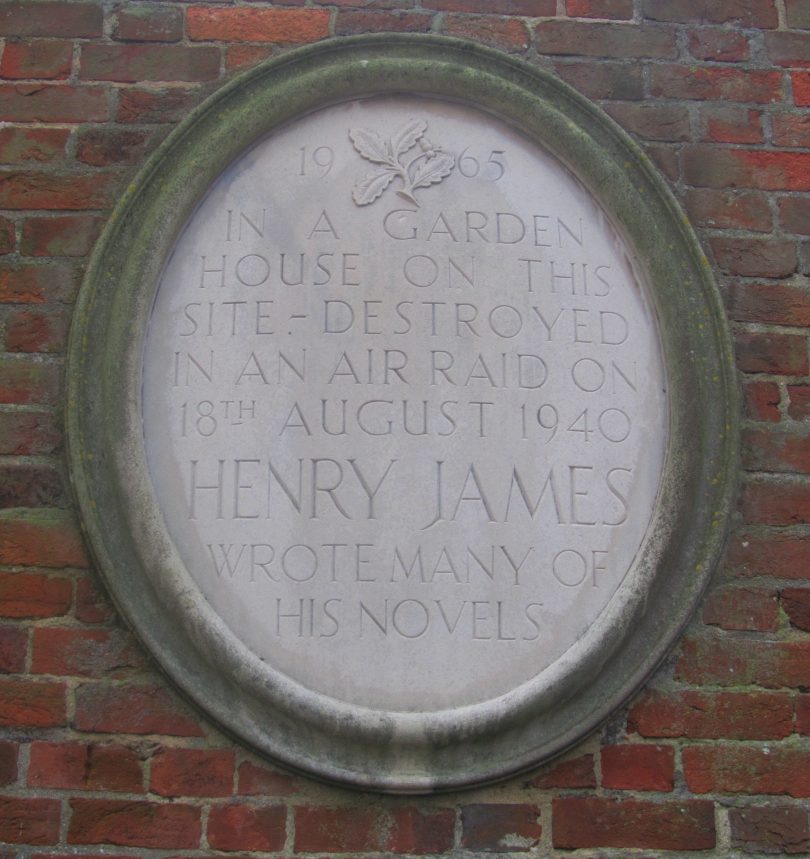 Henry James lived in Rye for 18 years at the turn of the century and wrote several of his novels here. Lamb House, the Georgian house where he lived, is now a National Trust property. This is where he entertained literary friends like Rudyard Kipling, H G Wells and Joseph Conrad.

Lamb House later became the home of the English novelist, E F Benson, who based his Mapp and Lucia novels in the town, using Lamb House as Mallards, the home of Miss Mapp. The television adaptations of the novels were filmed here too.

Rye’s not just famous for its literary connections. Sir Paul McCartney has a home near Rye and all of his children went to school in the town.

Lamb House is open on Fridays and Saturdays from April until October. 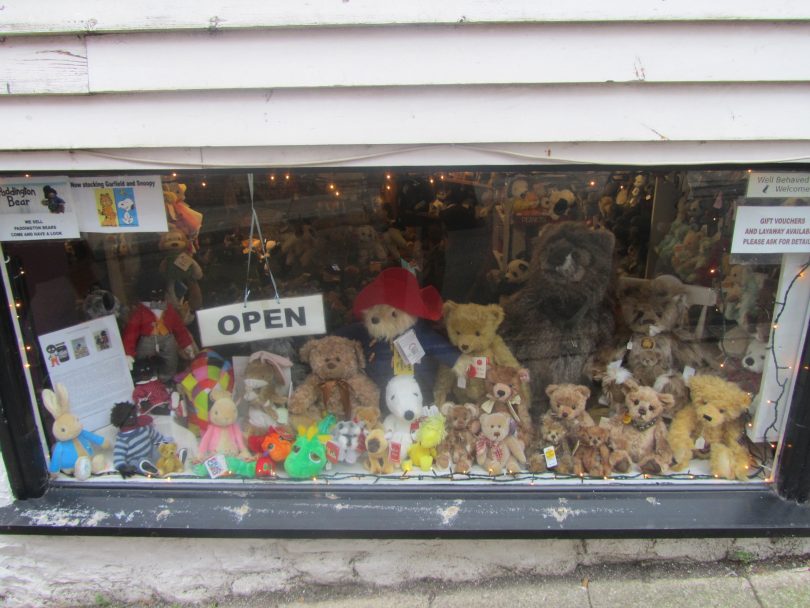 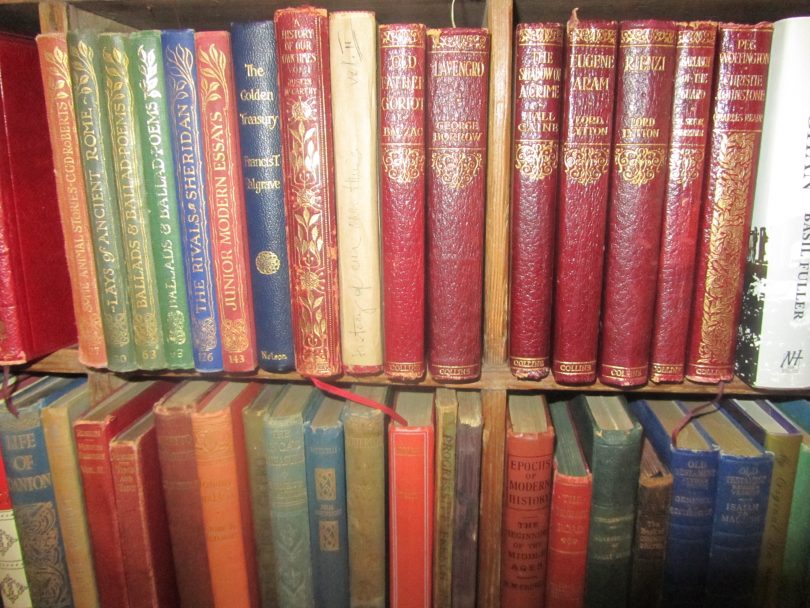 Rye is full of fabulous independent shops from delicious looking delis to handbag shops and antiques. I could have happily spent a few hours wandering in and out of these but on my last visit I was accompanied by a shop-phobic husband and two small boys. We still managed to discover shopping treats that suited them though.

Bears Galore is in an 18th-century town house on the high street, with a wonderful bear cavern downstairs, with a window at toddler level – I defy you to pass by without gazing in at all the teddies, Paddingtons and soft animals on display. There are lots of great secondhand bookshops in Rye too. We particularly liked the Tiny Book Store on Church Square. 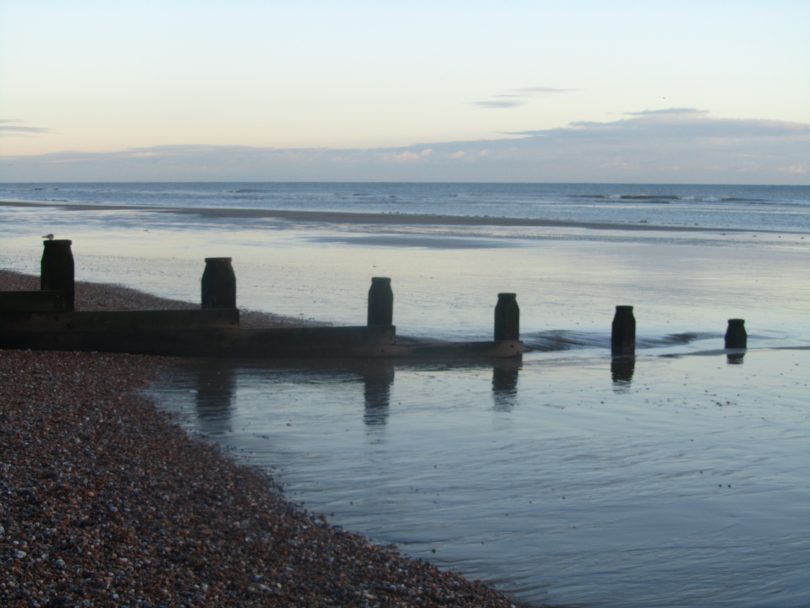 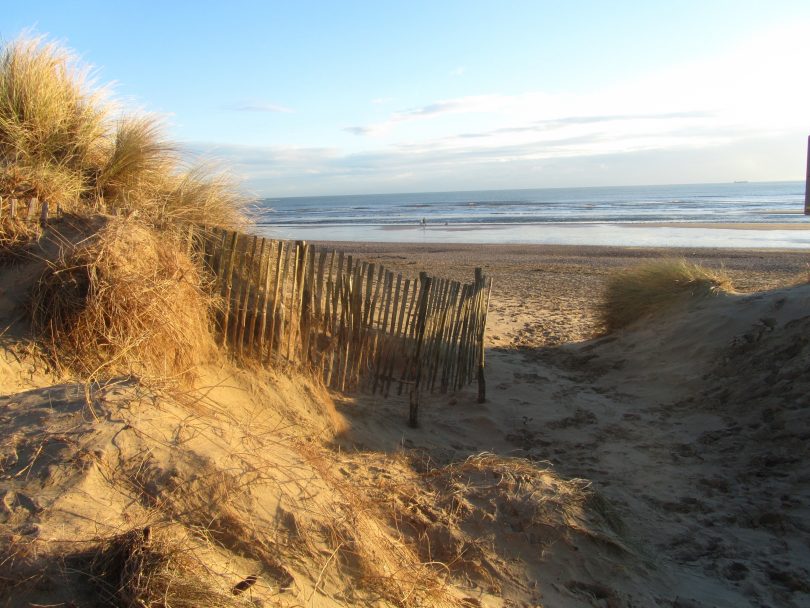 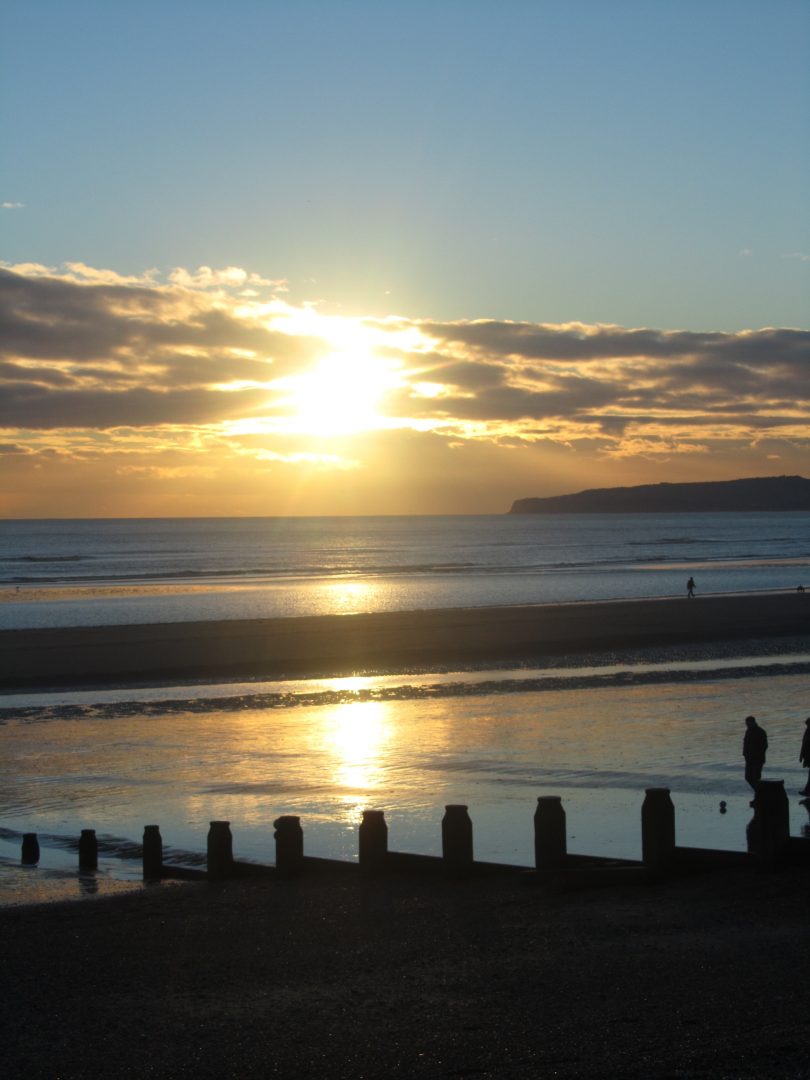 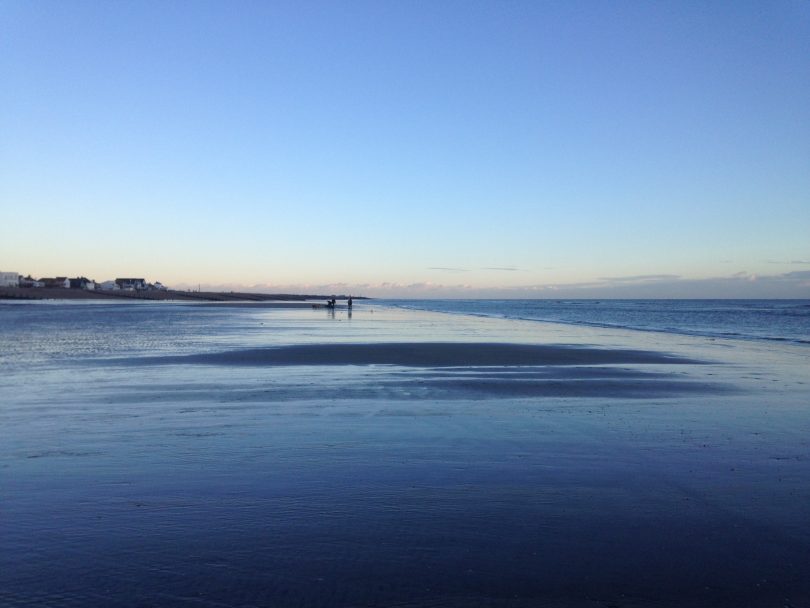 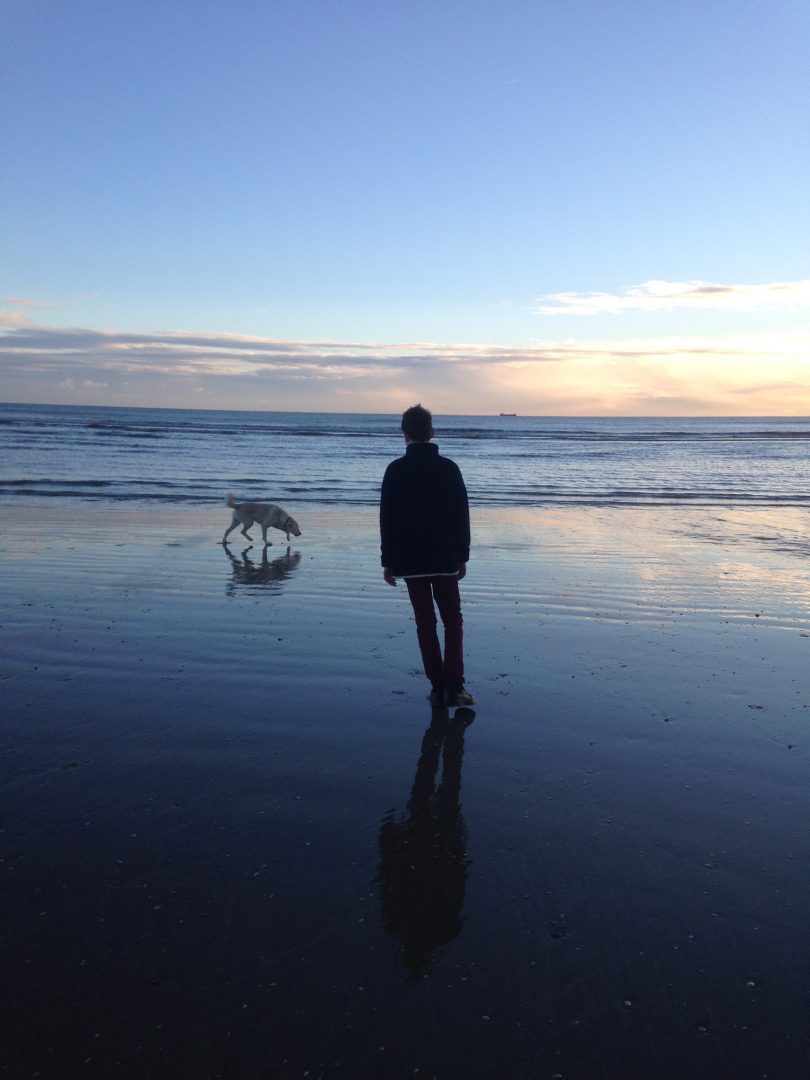 The stunning stretch of beach at Camber Sands is just a few miles away from Rye so don’t miss a visit while you’re in the area. Camber Sands is famous for its long ridges of sand dunes leading down to miles of golden sands. At low tide it can be over a mile to the water’s edge, making it a wonderful open space for children to run around.

If you enjoyed this, you might also enjoy A Photo Tour of Rye and Camber Sands and a tour of Lacock, one of England’s prettiest villages. 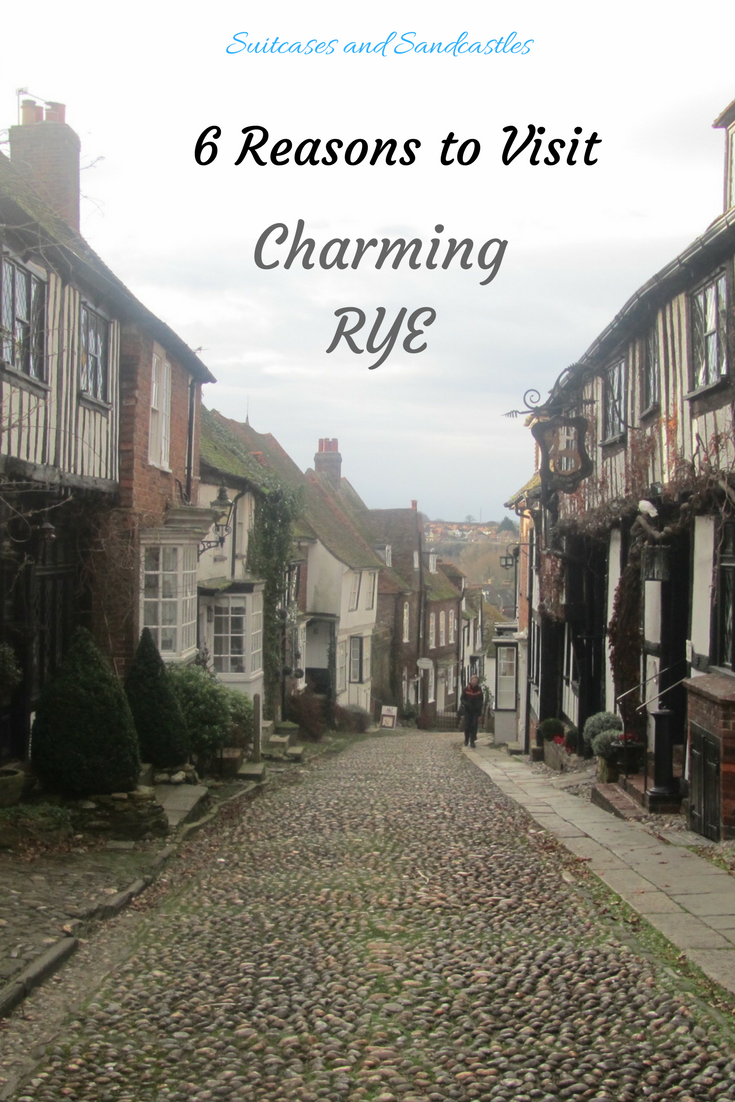